The sex trafficking of minors can be one of the most triggering and sensitive subjects for, well, almost everyone. Because for most people, it’s unfathomable that children could be put in such situations, and sometimes it’s easier to turn the other way rather than try to understand how a child could find themselves being trafficked. My new friend, Fantayjah, happened to be one of those children. At 12-years-old she was introduced into “the life”, a story that is uncomfortably common. After speaking with Fantayjah, it became clear to me that what most of us think of when it comes to sex trafficking is vastly skewed. Fantayjah and I uncovered what we believe to be the five biggest myths of sex trafficking. I was shocked when Fantayjah told me her age: at only twenty-four, she has the presence of a sweet, old soul, wise and peaceful beyond her years. Fantayjah has two beautiful daughters, who she credits all her strength to. Her bubbly demeanor made our hour-long conversation fly by, and I was fascinated by her insights on the psychology behind children and trafficking.

Growing up in California, raised by a hard-working single mother, Fantayjah’s story isn’t something most of us picture when we hear the words “sex trafficking”. I know my first introduction to sex trafficking was when the movie “Taken” came out, and I think that movie’s essence is engrained into many people’s minds as the definition of “trafficking”. Which we realized was our first myth. “You don’t need to be kidnapped with a bag over your head… it happens right here in our own back yard, on the way to the grocery store, at the casino, everywhere,” Fantayjah explained to me. She had been introduced into “the life” when meeting an older couple while attending a continuation school. “My first traffickers were never mean to me . . . I stayed with them for a few years, they cooked for me, had my baths waiting, did my hair. . .” Fantayjah described. This is definitely not the first image I picture when I think of trafficking, far from the movie “Taken”. Although, I can’t say I’m shocked, this is another powerful form of abusive manipulation, used to distract the girls from the fact that they were selling sex. I asked Fantayjah what her mindset was during these times, “According to my friends and I, we lived our best lives, we had some horrible experiences, but the normalization of abuse took away from the fact that we were just little kids selling sex.” We spoke about how the stigma that it “doesn’t happen around here” is far from true. Unlike the movie, you don’t have to be overseas to become a victim to this. Fantayjah believes that generational trauma is what connects most victims, and it helped bring us to myth number two, that only “certain types of people” are ripe for traffickers.

Sex Trafficking does not discriminate! Fantayjah explained something called the “Trauma Timeline” to me, and how it opened her eyes to how she fell into “the life”. She was introduced to the trauma timeline by a social worker, a woman from Alaska, with whom, at first meeting, Fantayjah could not relate to AT ALL. Fantayjah reluctantly listened as this social worker explained her own trauma timeline, which was the trauma that happened to her as a child, and how she eventually landed in a bad place. Fantayjah insisted that she couldn’t relate, she was happy living the life she was currently living. When it was her turn to create the timeline, Fantayjah recalled events like being molested at seven years old, and realized that perhaps she didn’t choose this life after all; the life chose her from the beginning. Even though Fantayjah (a Black 24-year-old from California) and this social worker (an older White woman from Alaska) could not be further apart (literally, and figuratively!) they both ended up in a life of abuse. Many people think a certain level of class or society exempts one from trafficking, but trauma is trauma, and if it leaves someone vulnerable enough, their timeline will play out accordingly. We like to think that sex trafficking has a “look” or a “type” of person that will fall victim, but it looks for one thing, and that’s trauma.

In addition to not discriminating, trafficking can also be an evil chameleon under the noses of parents. Our third myth is that parents are always un-involved when trafficking takes place. Unfortunately, parents fall into the trap as well and are many times left feeling helpless. Fantayjah recalls speaking at a school recently, and the children all asked insightful questions, but all the parents in the audience wanted to know was, “Well, where was your mother?” Fantayjah couldn’t believe the insensitivity. “Where was my mother?! She was crying, trying to call the police, driving around the city looking for me.” Fantayjah’s mother even brought her to a juvenile correction facility once she knew what was happening, and they couldn’t help Fantayjah unless she was on probation. Frustrating, to say the least. “My mom just worked, she wasn’t here, so I could do what I wanted until 8pm most nights”, Fantayjah explains. Caught between having to provide for her daughter and being present for her daughter, Fantayjah’s mother wasn’t given much of a choice. “My mom is awesome, she’s amazing, she’s always been the first person to really believe in me and have faith in me.” Fantayjah gushes over her mom, debunking yet another myth.

Many of us have in our minds an idea of the quintessential “look” that connects to a “sex worker”. But Fantayjah wanted me to know, “sex trafficking does not have a LOOK”, myth number four! Recently, Fantayjah spotted an ad to stop sex trafficking on a bench and was horrified at how they depicted the victim. “The way she was dressed?! Children shouldn’t even be allowed to see that ad”. Fantayjah explains that it would be more realistic to just show a normal high school girl. It is very deceiving to show trafficking victims as only girls dressed extremely provocatively, it takes away from the reality that it happens to typical teens, children, anyone.

In speaking with Fantayjah, the biggest myth that we busted was myth number five: our pasts don’t need to define our futures. Fantayjah taught me that we can all prevail no matter what the circumstances. At only twenty-four years old, Fantayjah has graduated the Qualified Career Training Academy, and as an alumnus, has been working for Qualified for over two years, currently as their social media assistant, and even serving on its board as the Survivor Advocate. She is raising two strong girls, and has some beautiful goals set out for herself. After living in the life of trafficking, and now working with Qualified, Fantayjah really sees a need for transitional housing for survivors. She would love to run her own family shelter, complete with intense case management, stability, and therapeutic services. I have no doubt in my mind that she can accomplish this, and so much more!

Sex trafficking might be a subject we want to run from, but it’s when we educate ourselves, we have the power: the power to listen, to help, and if we are ever so lucky, to make a change. 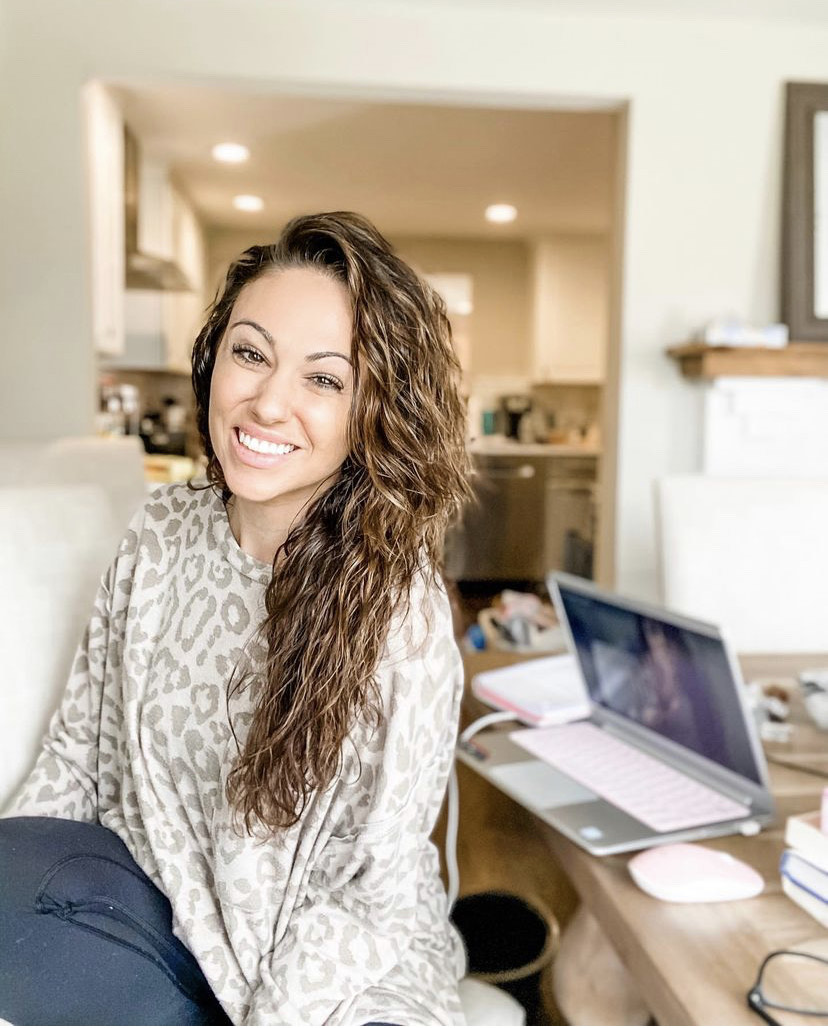