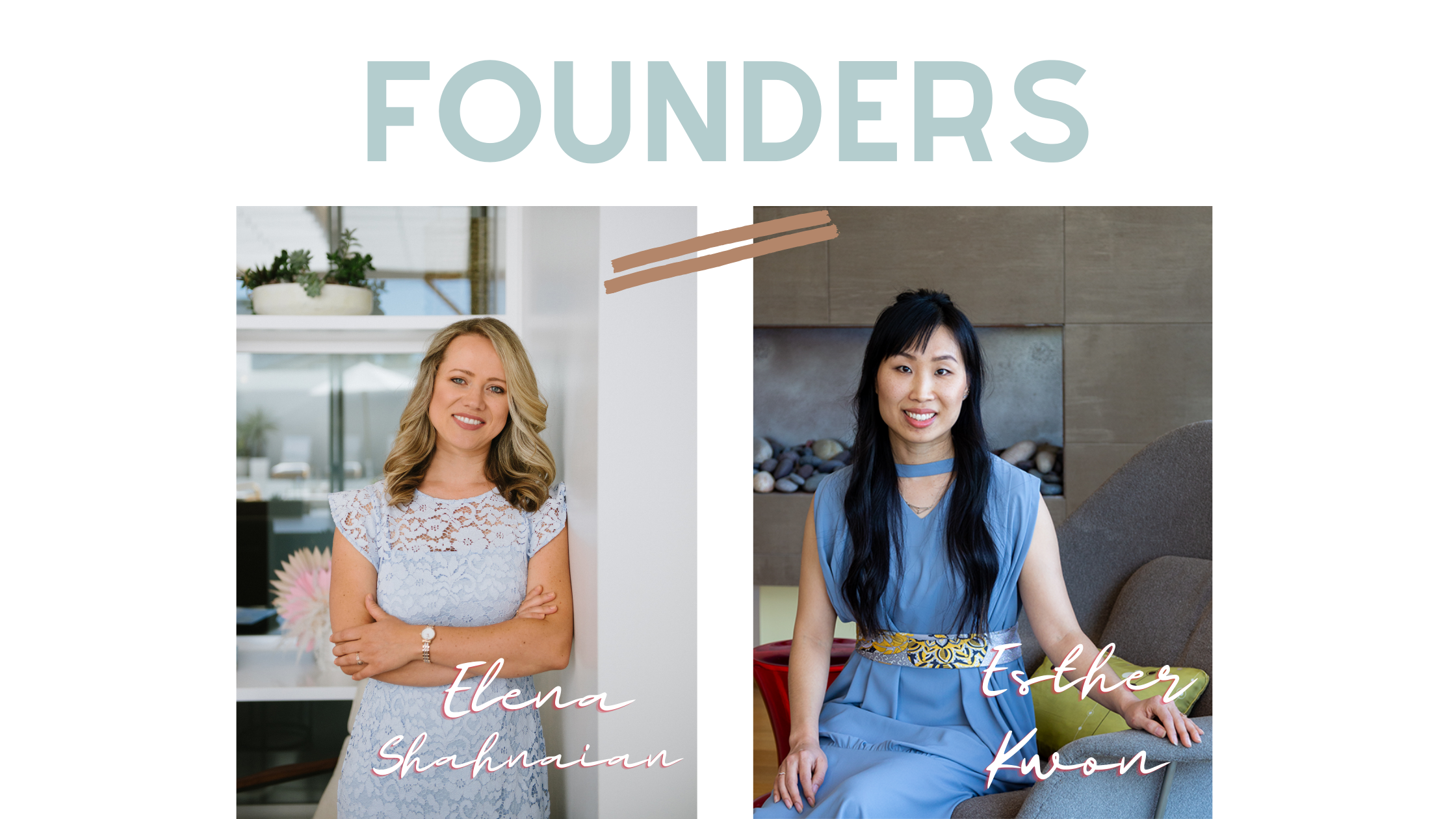 Did you always know what you wanted to be when you grew up? Were you a leader as a child? How do you explain your unwavering faith?

I had the opportunity to speak to the two women behind the amazing non-profit, Qualified, and these were only a few of the questions I was dying to ask them. Elena Shahnaian and Esther Suh Kwon are the powerhouse duo behind the organization that is filling the gaps in the occupational rehabilitation of sex trafficking survivors and women at risk of being trafficked. After hearing both of their stories, and how they’ve built this impactful organization, it was clear to me that they’re the perfect storm of faith, intellect, and unwavering servant leadership.

It’s hard not to be in awe of these two women and everything they have created. Before her leap of faith, Elena was at a corporate job for ten years as an instructional designer. She was good at her job, she even liked it! One thing she was aware of though, was her lack of genuine fulfillment. That same fulfillment that she felt doing volunteer work in her community and with her church. Five years into her corporate job, Elena attended a training at her church to help educate the community about trafficking. What stuck out to Elena was that sex trafficking wasn’t just an international problem, it was very much a domestic problem. Realizing that someone as close as her neighbor could be trafficked was enough to light a fire in her. Elena became focused – and passionate. She attended community meetings and reached out to different community programs to further educate herself. She became involved with an organization providing recovery and shelter, becoming intrigued at how effective these recovery programs were. After working directly with the survivors, Elena realized that there was a gap she could fill in the transition aspect from recovery to a thriving life. She needed to bridge the gap where recovery was lacking, providing life skills and career skills. These other organizations were simply maxed out with the basic rehab they were already providing, and Elena saw an opportunity to create something for which there was a dire need. These survivors needed more preparation, and training, for their integration into a working, fulfilling life – and Elena was going to help prepare them. (Or at least assemble a team and an organization to help prepare them). Five years after attending that first training at her church, she was ready for the leap. Ten years into her corporate career, Elena left, she cashed in her humble 401k, and started her new journey.

The thing that impresses me the most about Elena is her faith, personally, and for her work. She felt a true calling and was strong enough to follow it while trusting not only in God, but in herself as well. Even more impressive than one woman following her undying faith, is TWO women finding each other in similar positions! Enter, Esther, the Chief Innovation Officer of Qualified. Similar to Elena, Esther was in a career that she knew she could do more with. Occupational Therapy is a fulfilling career on its own, but Esther also became aware of the trafficking epidemic through her church, and her fire was lit as well. Like Elena, Esther began to do the work. She attended local meetings, events, and met with anyone she could to help her better understand how she could help. When she was attending a conference, it was fate that put her at a table with Elena. They quickly realized they were both working towards a better solution for transitioning survivors and started to join forces. I love referring to Elena and Esther as “perfect storm”. For six years they provided survivors with their programs, twelve weeks of professional and psychology training with Elena’s organization, and then on to twelve weeks of occupational training with Esther’s organization: twenty-four weeks total. Last year they combined into Qualified Academy, and now have one, twelve-week course!

After hearing about the incredible success that they’ve had, with dozens of graduates integrating as powerful women into society, I had to know if the graduates were going even further and becoming leaders themselves. The answer, yes! Elena and Esther were proud to explain that natural leaders are always emerging from the program, the ones who keep everyone on time, look out for the underdogs, and even go on to work on the board of the organization! With leaders like Esther and Elena, it was no surprise that they are helping to lift these once survivors, to thriving leaders.

We meet people every day with grand ideas and beautiful intentions. Elena and Esther went the whole nine yards, they relied on faith, got dirty, and are changing the world. When I expressed my admiration towards Esther and her faith, she left me with this, “Don’t ever be afraid to go out on a limb, that’s where the fruit is!”